The Best Council is the One You Never Contact 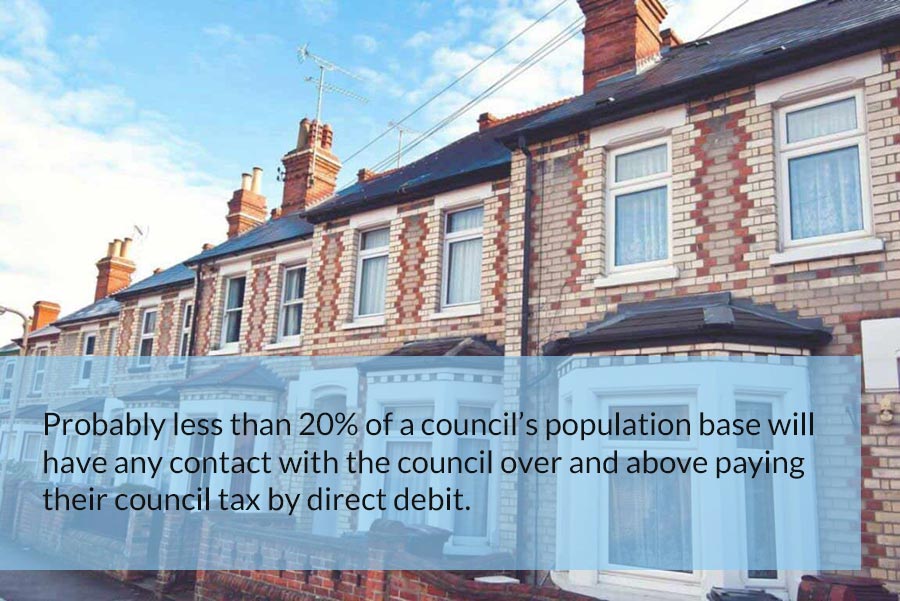 Ever since the e-government days of the early 2000s, the mantra within local government has been that so-called ‘channel shift’ is a good thing. And on the face of it, no-one could disagree; moving customer interaction from expensive drop-in centres to cheaper call centres makes sense. Moving those interactions online is an even more cost-effective option, and one that has the added benefit of offering customers 24-hour access.

If a significant number of contacts can be moved online, the business case for investing in the underlying technology may actually stack up – but let’s pause before giving ourselves too much of a pat on the back.

Let’s think firstly about what kind of contacts councils are managing to shift. It’s not difficult to find out, since most have invested in CRM systems that allow them to track contacts by customers and identify areas that trigger repeat demand.

In the private sector, customer information like this is used to generate more sales, drive up profits and increase shareholder value, but this is the public sector, and for the most part it doesn’t work like that; our customers aren’t buying more widgets they are generally getting in touch to complain.

So let’s put it out there. Every contact is a cost, not an opportunity.

And here’s the rub. Why have councils been concentrating on reducing the cost of customer contact rather than eliminating the faults and failures that prompt it? Put another way, private sector companies encourage contact because it leads to more sales; for local councils, contact usually means something has gone wrong.

In short, councils need to be investing in better services that give rise to fewer complaints, rather than reducing the cost of those complaints.

Think of the enormous increase in revenues and benefits calls at the end of March and beginning of April when the council tax demands are sent out. Many of those customers will be asking the same basic questions around how much they owe and when it needs to be paid. Instead of ‘channel shifting’ those unnecessary queries from expensive people to cheaper technology, wouldn’t it make more sense to send out clear, jargon-free letters?

Other process failures, like faulty streetlights and missed bins, also result in customer contacts that could be removed rather than made cheaper – by improving the service instead of tinkering with the contact mechanism. Few people actively enjoy contacting their council about a problem; making it easier for people to complain is not really something to boast about.

So, what should local government do? Well for a start, councils should stop pretending that channel shift is, in itself, an important tool in improving organisational efficiency and cutting costs. It isn’t – and here’s why.

Probably less than 20% of a council’s population base will have any contact with the council over and above paying their council tax by direct debit.

Of that 20%, probably three quarters will be getting in touch about a process failure, which leaves a small number of contacts that are genuinely customer initiated – and these are from people applying for planning permission, making a licence application or doing something similar, most of which already have online solutions anyway.

There will be those who claim they reengineered their processes when they last upgraded their contact centre or installed that all-singing, all-dancing CRM system, but even they have questions to answer. How involved were the end users? Did you just put an existing process into a workflow system in the vain hope that the system would improve the process?

Importantly, did you look at how those processes could trigger failure demand? Even those councils that went down that road need to revisit those processes, because even in a steady state, processes degrade over time. And if there is one description that hasn’t applied to local government for quite some time, it’s “steady state”.

It’s time to focus internally and look at the way your council operates. Find out what business processes are generating this failure-driven contact and fix the underlying cause, rather than just making it easier for customers to report your failure to do the job properly. Because you can put lipstick on a pig, but at the end of the day it’s still a pig.

There are plenty of mechanisms out there to assist with this. Six Sigma and Kaizen are probably the most well known, but there is no need to be completely methodology driven. See what techniques work for your organisation and make a start – and remember; the best council is the one no-one ever needs to contact.

We may collect information about your computer, including your IP address, operating system and browser type, for system administration and in order to create reports. This is statistical data about our users’ browsing actions and patterns, and does not identify any individual.

Europe’s General Data Protection Regulation (GDPR), a European Union regulation that updates and complements the framework for processing personal data in the EU, came into effect in May 2018. The GDPR is consistent with how we think and operate. Our security practices already comply with the Data Protection Act, and have since we were established in 2005. Full details of our privacy policy and arrangements for dealing with GDPR can be found via the button below